History and Mission of the International Coalition for the Preservation of Paris, ICPP

History and Mission of the International Coalition for the Preservation of Paris, ICPP 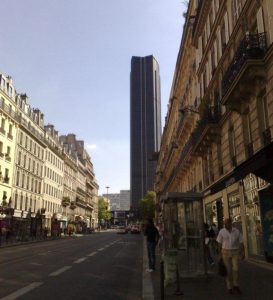 The mission of the ICPP is to celebrate and promote the traditions of architectural beauty and compact urbanism that make Paris a model for cities worldwide.

In 2007, ICPP”s founder, Mary Campbell Gallagher, J.D., Ph.D., was horrified to read one of Nicolas Sarkozy’s first pronouncements as president of France. He said Paris needs skyscrapers! Outraged, she went to some of the traditional architects she knew. They said, “That happens everywhere. There’s nothing you can do about it.” This made her dig in her heels. She began to look for ways to fight back and try to save the skyline of Paris.

SOS Paris. Soon she connected with officials in the French association SOS Paris. In 2011, they invited her to address their annual meeting. She has been an active member of SOS Paris ever since. Later in 2011, on Mary’s initiative, the board of the Congress for European Urbanism (CEU) met with SOS Paris. The aim was to study the effects of the proposed skyscrapers on the city of Paris.

One action on behalf of Paris has followed another. For some time, Mary has been collecting the essays that will appear, in French and English, in the book ICPP is publishing along with SOS Paris. The title is Paris Without Skyscrapers: The Battle to Save the Skyline of the World’s Most Beautiful City.

In 2015, Mary Campbell Gallagher founded the International Coalition for the Preservation of Paris, ICPP. ICPP is an educational non-profit. It is devoted to celebrating and promoting the traditions of architectural beauty and compact urbanism that make Paris a model for cities worldwide. Mary was joined on the board by Leonard Pitt. He is the author of a number of well-reviewed books about Paris, and he teaches a class on Paris in the Stanford University extension. The third member of the board, Michael Mehaffy, Ph.D., was one of the leaders of the CEU group that met with SOS Paris in 2011. He and Audun Engh were the CEU initiators. Executive Director of the Sustasis Foundation, with headquarters in Portland, Oregon, he is an urbanist and writer.

ICPP’s Future Plans. Next, ICPP plans to hold an international conference on skyscrapers in European cities. The target date is March, 2018.