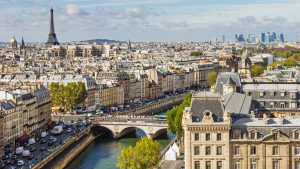 Mary Campbell Gallagher, J.D., Ph.D.
President and Chairman, New York, NY
Mary Campbell Gallagher is a professional speaker and a writer on urban beauty and development in Paris, with more than a decade of experience in the United States and in Europe. Her work has appeared in the Wall Street Journal, the Nation, Figaro (France), and elsewhere. She is president of BarWrite and BarWrite Press in New York, which prepares candidates for the bar examination, and the author of study guides.

Leonard Pitt
Vice-President, Berkeley, CA
Leonard Pitt has written three books on Paris. Two are walking guides to Paris based on his own historical research that appeared both in English and in French: Walks Through Lost Paris (2002), and Paris, A Journey Through Time (2008). Another book about Paris, Paris Postcards: The Golden Age, appeared in 2010. His latest book is a memoir, My Brain on Fire, Paris and Other Obsessions, which was released in March 2016.

David Garrard Lowe
New York, NY
David Garrard Lowe is a social and architectural historian and a distinguished public speaker who has appeared in venues across the United States, including the Metropolitan Museum in New York.  He is the author of, among many other titles, Art Deco New York and Beaux Arts New York. He is president of the Beaux Arts Alliance.